The GBT M&C Manager communicates with the underlying KFPA hardware via the firmware on a Netburner card: http://netburner.com/download/Datasheet-MOD5270-100-200IR.pdf For interfacing with hardware, instead of using the MCB like the older GBT receiver software does, a Netburner card was choosen. The Netburner card provides modern, network accessible i/o management of hardware interfaces. On this page we attempt to describe how to work with this card.

In plain English, here's what you need to do to get setup for development with the Netburner card.

We have two ways of transferring what we just built to the card:

One can see from the diagram how the firmware fits in the big picture. This diagram can be used to visualize how testing can be done by decoupling the firmware from various parts of the system: 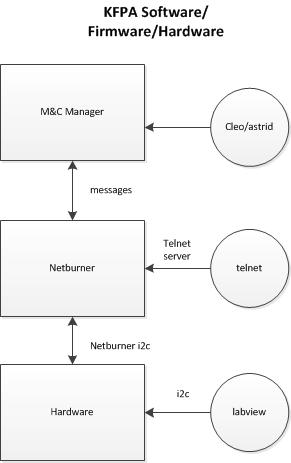 All code lives in gbt/devices/receivers/RcvrArray18_26/Firmware. There's a number of classes (~20) in this directory. Many (most?) of them map directly to a sub-device within the KFPA hardware itself, as shown in this diagram. 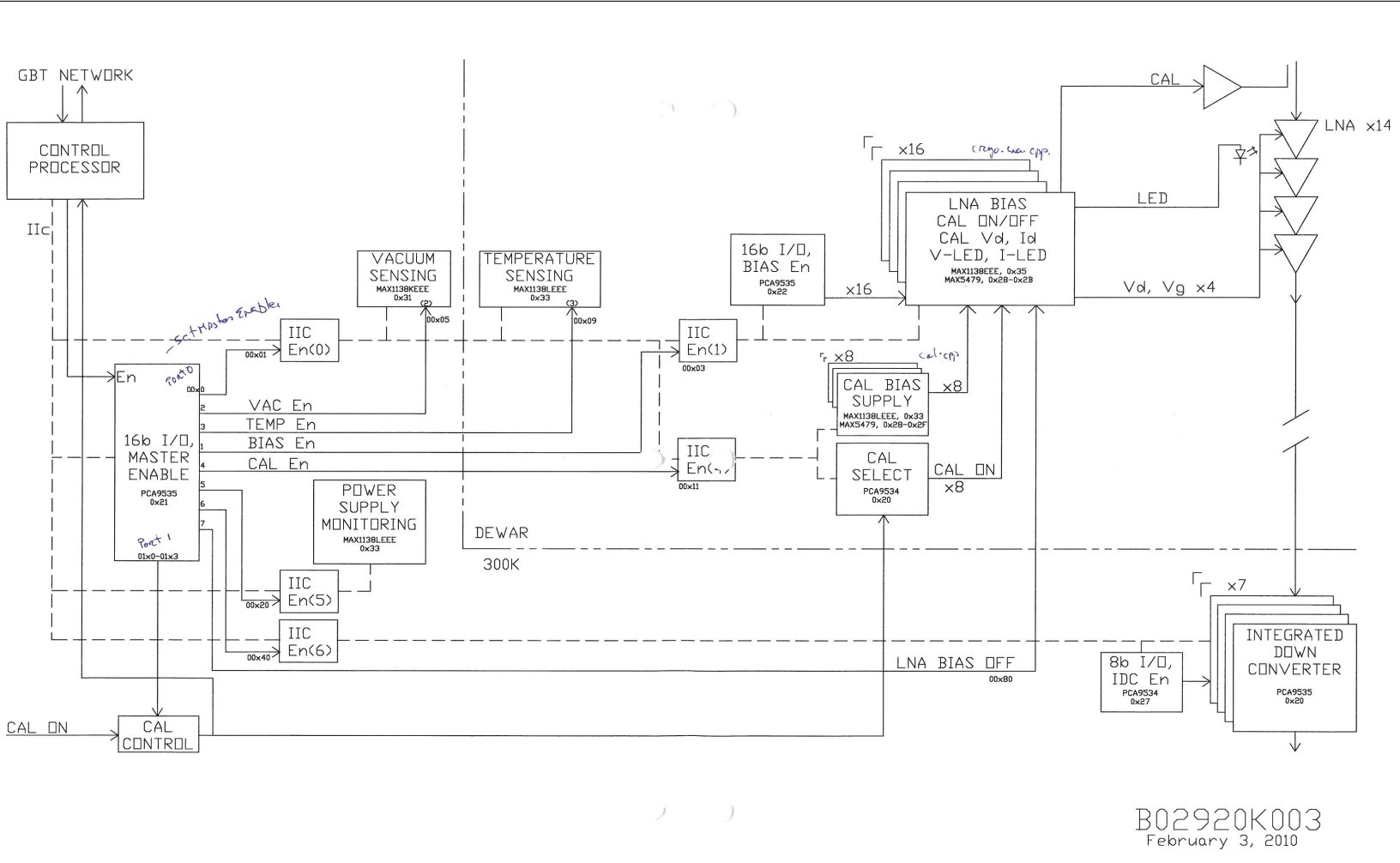 Without getting into too much details, here's the flow of commands from the M&C Manager to the Firmware down to the hardware. The messages defined by KFPA Comm Protocal are defined in message_struct.[h,cpp] Here's a the pattern used by the many classes derived from the Device class: