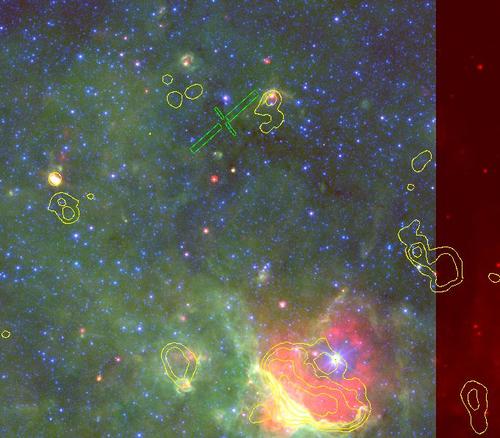 But there's a lot of emission: 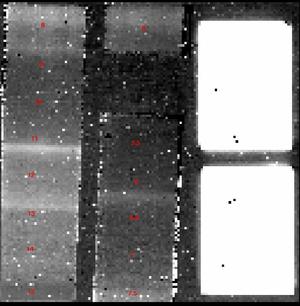 There is especially strong H2 and 17um PAH: 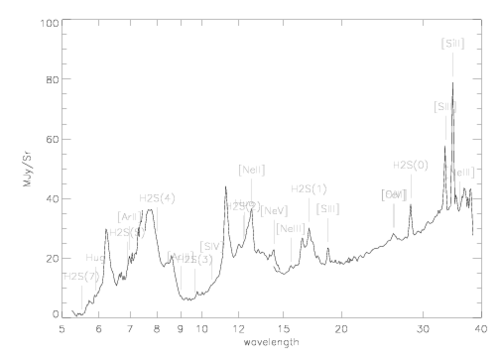 This is not untypical in the Galactic plane, but we need to understand the magnitude of the effect. This is the relative difference i.e. a spectrum of the source, abs(raw - bgsubtracted)*2/(raw+bgsubtracted), for two spots on the source: 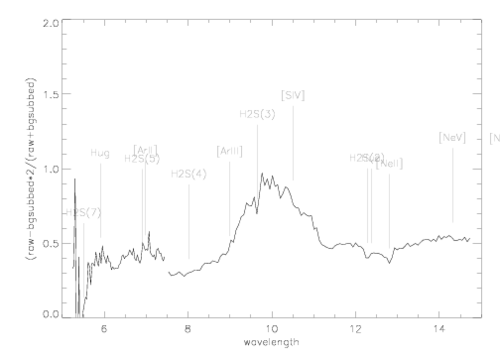 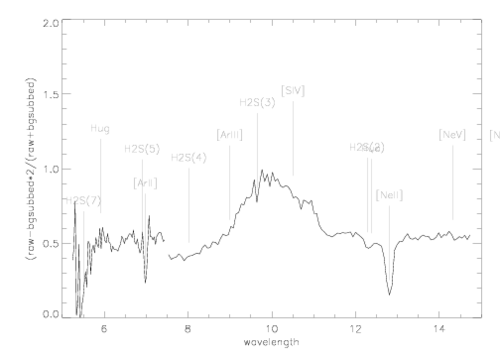 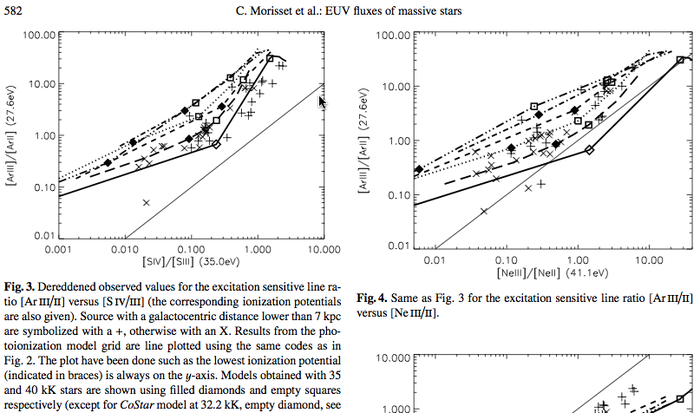 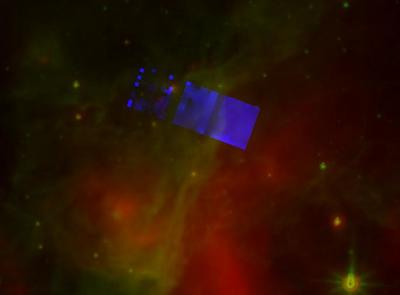 Nondetection of Halpha at 3-5Rayleighs implies an extinction of at least 10 or 15, especially for the SNR. consistent but uninteresting. What about the south? similar situation, similar numbers: 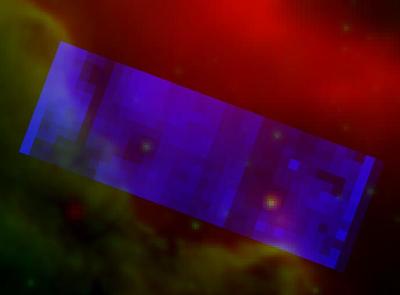 We do detect SIV in the south, but not obviously in the place that we also have SIII, so that ratio will still be an upper limit: I think we'll have to adopt an extinction curve and make an extinction correction map for the ionization maps, based on the SIII/SIII map and assuming the low-density limit of that ratio. There's a lot of diffuse emission in the BG spectra, but the location looks clean, so for now assume its properly removing diffuse galactic emission... there's the problem of extinction again here - if the background is extinguished behind the hii region then the assumption is wrong... pooh.: 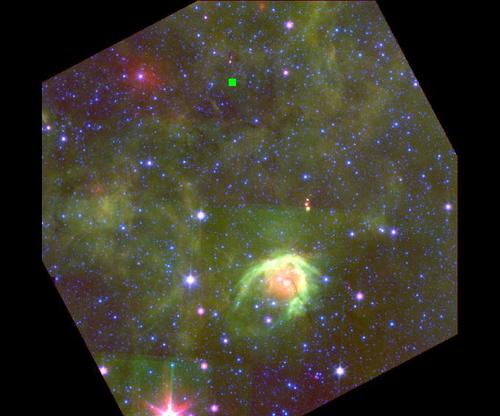 This source has lots of H2 emission in lots of lines - it'll take an excitation analysis to see if its radiative or shocked. the SiII spot has SiII and possibly some FeII emission there too, so very excited, whatever the mechanism.: 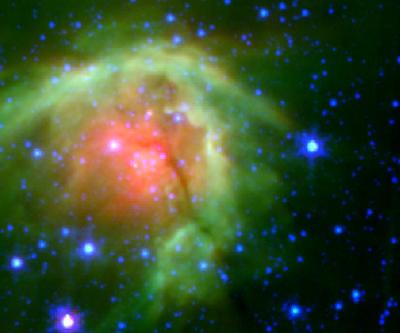 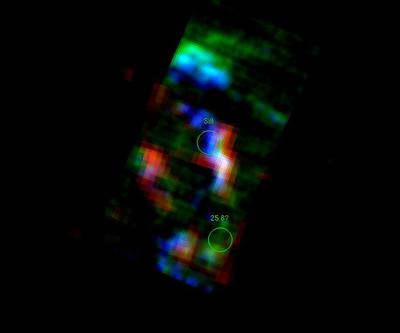 The second plot in particularshows three H_2 lines, with increasing J_up from R to G to B (I think its S(1),S(2),S(3) I forget since yesterday). Despite the obvious differences in spatial distribution between the lines, so far my fits to the N/g vs E_J diagram yeild about 500K, maybe 400 or so in some places, and a 550K tail in other places, but not obviously changing. this needs more careful analysis, and smaller regions, etc. the SIII 18/33 ratio is similar numerically to the others - at the low-density limit in the center of the HII region, maybe even above it slightly, and then dropping to zero in the PDR. The RH figure has SIII 33 intensity as the blue, so you can see that the SN is pretty poor outside the HII region, although the ratio does come back up again: 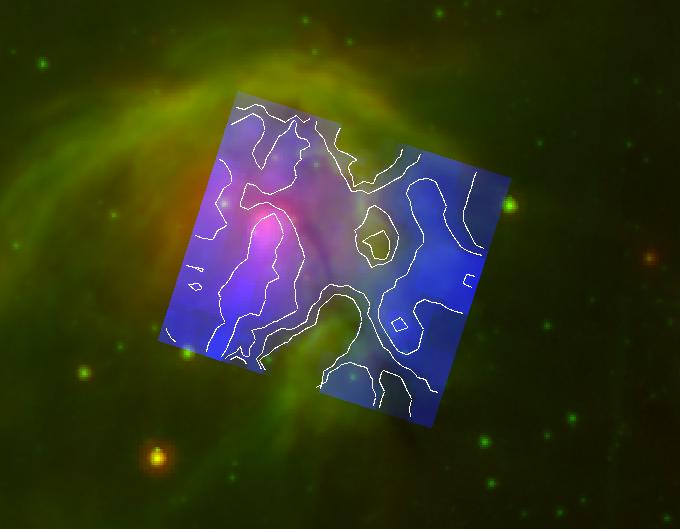 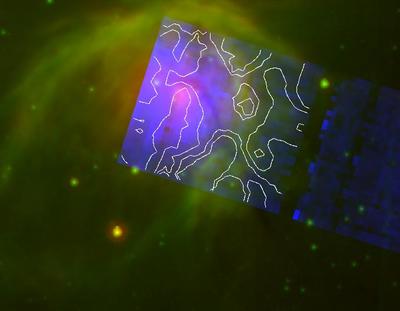