4.75 hours were scheduled for acceptances tests on 11 January 2017. Ryan attempted to observe B1937+21 in all of the coherent modes with VEGAS and GUPPI (for existing GUPPI modes), as well as standard flux calibrators. Data were acquired for all 800 MHz coherent modes but only a subset of 1500 MHz coherent modes. There were frequent stability issues with the VEGAS bank managers that resulted in lost time. Joe was called in to help diagnose the issues, but we made limited progress. After one bank manager crashed we could not bring it back up, despite numerous manager restarts. The guppi_daq process wasn't restarting on the affected bank until we completely cleared shared memory. We eventually rebooted all the HPCs and ROACH's and were able to resume observing. Joe speculates that shared memory locks may not be released correctly. During processing of the data Ryan found that some banks wrote fewer sub-integrations than they should have. This happens in GUPPI coherent modes as well so it may be related to start/stop times on the guppi_daq process. However, on some scans a bank appeared to not write any data without producing obvious error messages. This happened infrequently but does result in a loss of bandwidth. Ryan flux calibrated all the VEGAS and GUPPI data and found acceptable agreement. Polarization data in VEGAS are also consistent with GUPPI. Timing offsets exist between VEGAS and GUPPI beyond what is expected. The offsets seem to have a quadratic dependence on the number of channels used and increase with larger number of channels. The offset is too small to be explained by a per-channel frequency shift and subsequent error in dispersion correction (the offset required is less than a frequency channel, and has the opposite sense of what is expected, i.e. the offset should be smaller for larger numbers of channels/finer channel bandwidth). The c0800x0064 VEGAS mode seems to show images of the true pulse offset in pulse phase. This is not readily apparent in observations of the noise diode and is not yet explained. The 800 MHz modes with nchan >= 128 show artifacts in the phase vs frequency domain that are most easily visible in noise diode scans. They are not present in the incoherent modes. These do not appear to impact the flux measurement or overall S/N in any way. Ryan showed them to Randy and he mentioned that the PFB used in the coherent modes uses a 12-tap filter with a filter width of 1.0. Tests performed by Paul Demorest during GUPPI commissioning pointed to an optimal filter width of 0.95. The larger filter width likely results in 5 dB less power suppression from neighboring bins and could be related to the artifacts. Luke is currently building new PFBs that also use more taps, but Randy was able to do a quick rebuild of the current VEGAS PFB using 12 taps but a bin width of 0.95, which should replicate GUPPI. A new BOF for the c0800x0512 mode is built and will be tested during maintenance next week, so we should at least know if this is the cause of the artifacts. 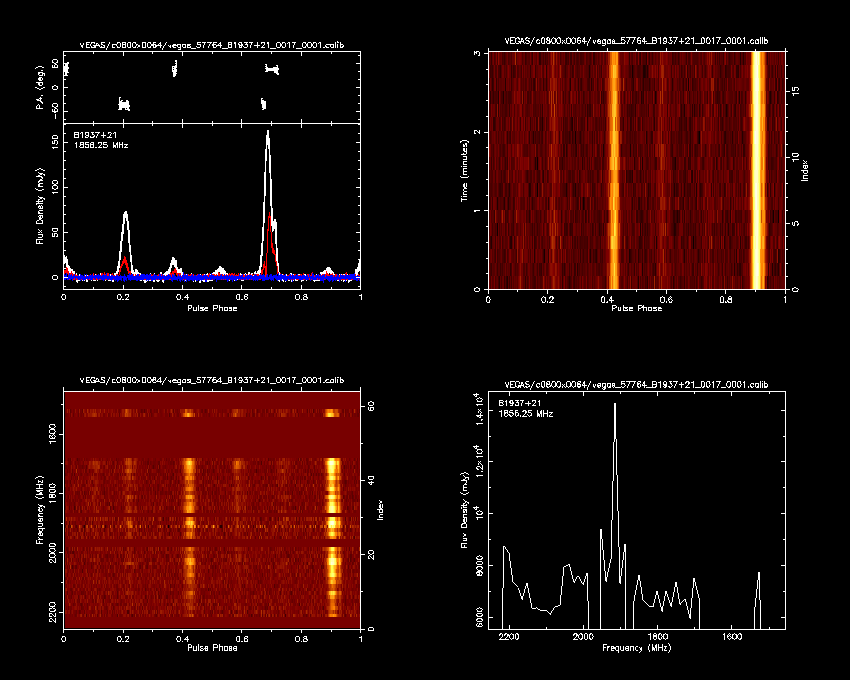 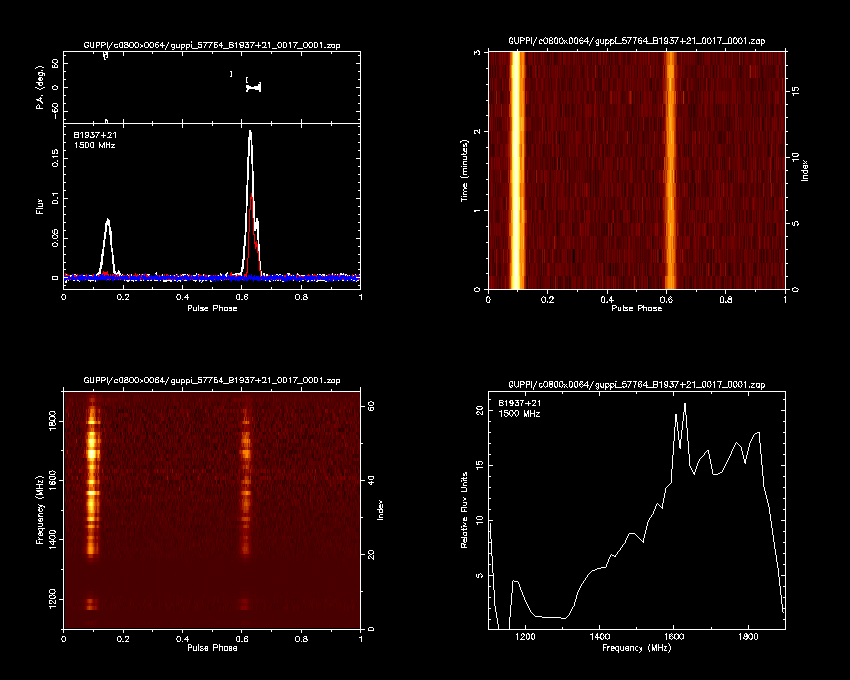 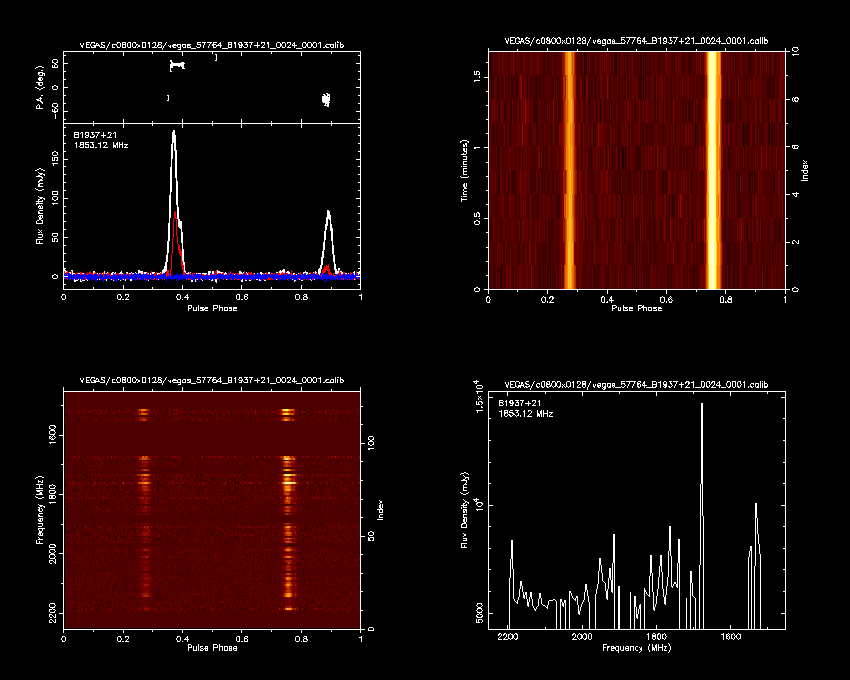 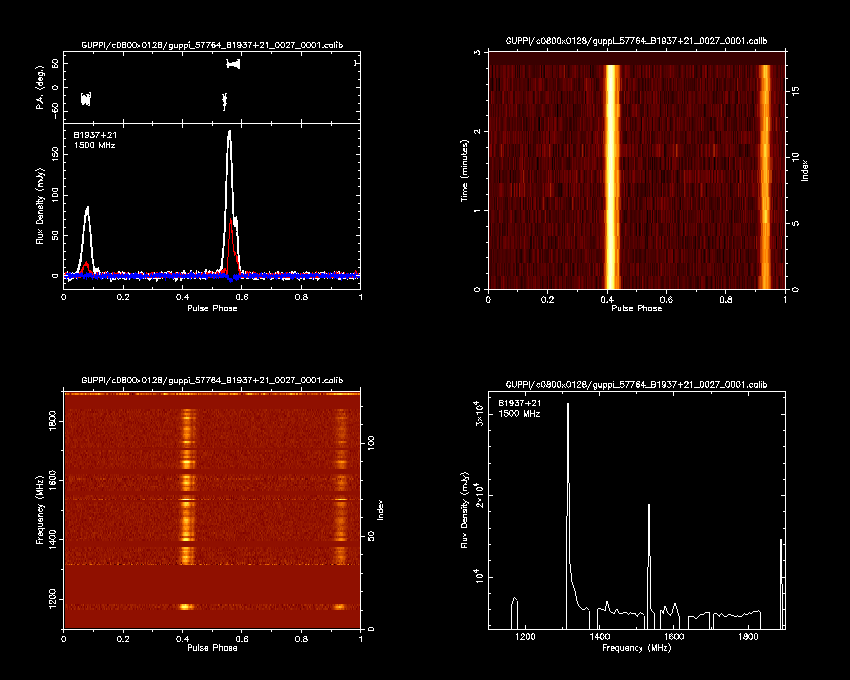 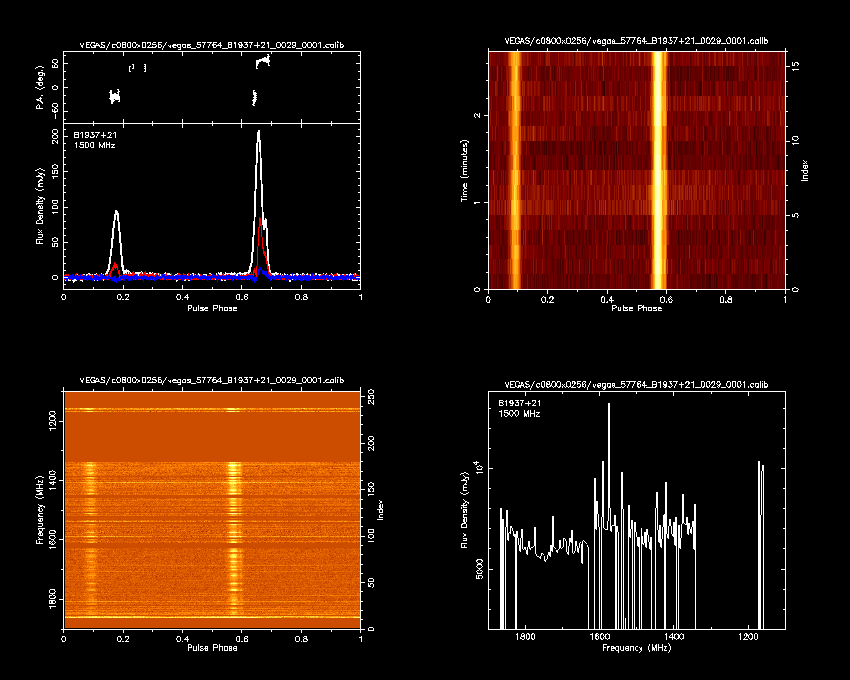 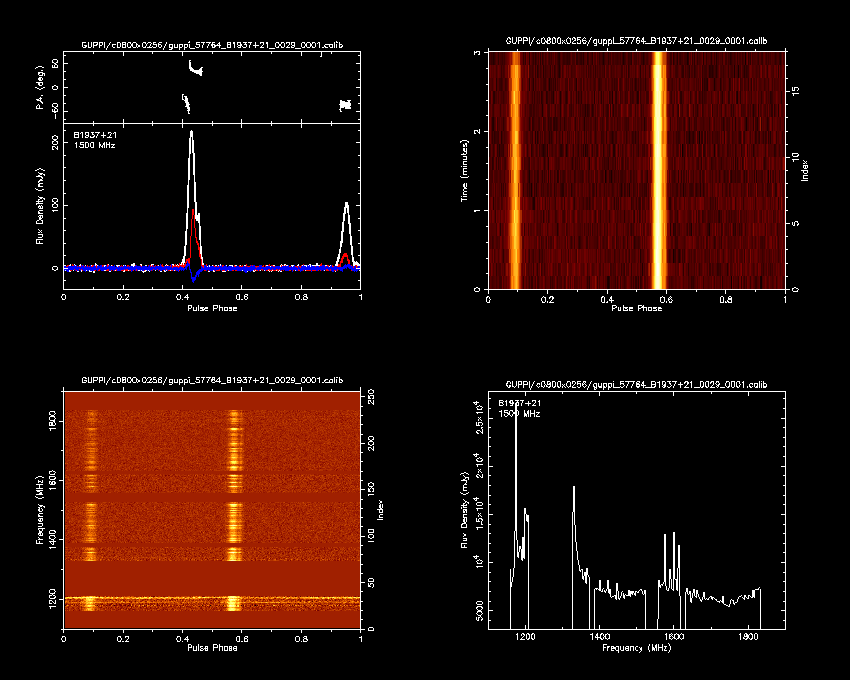 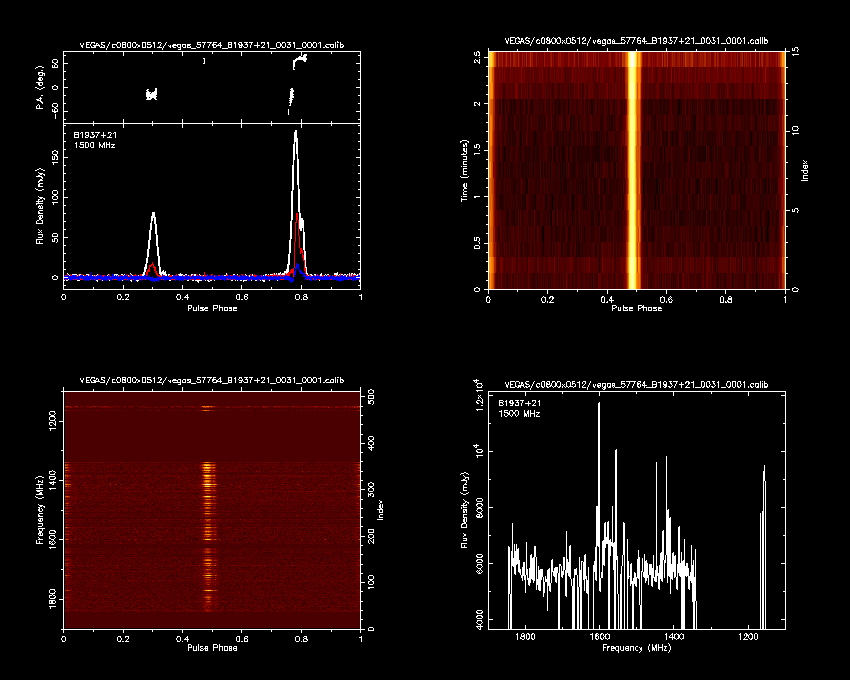 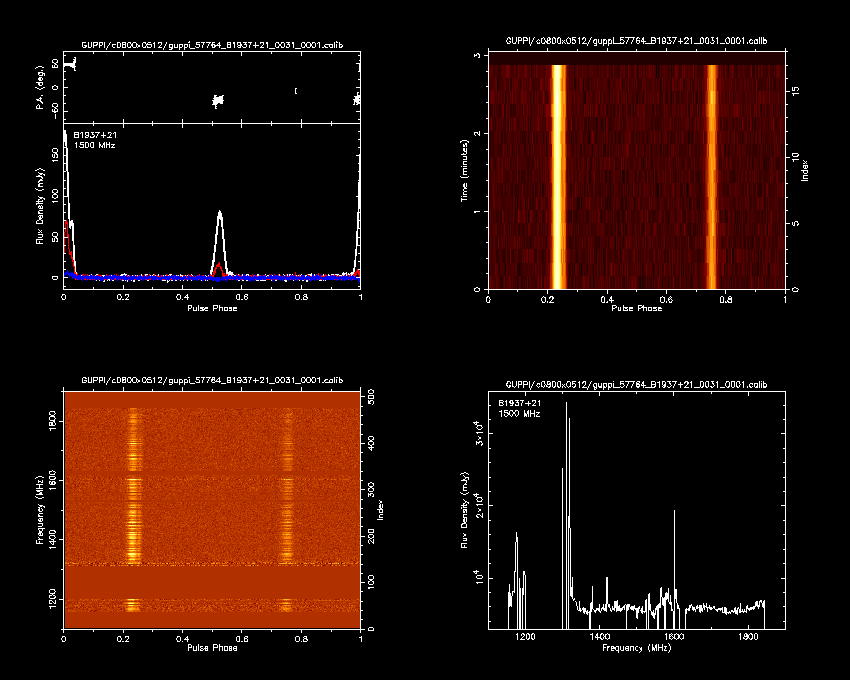 VEGAS (Note: This scan could not be calibrated because there was a failure on one bank during the noise diode scan) 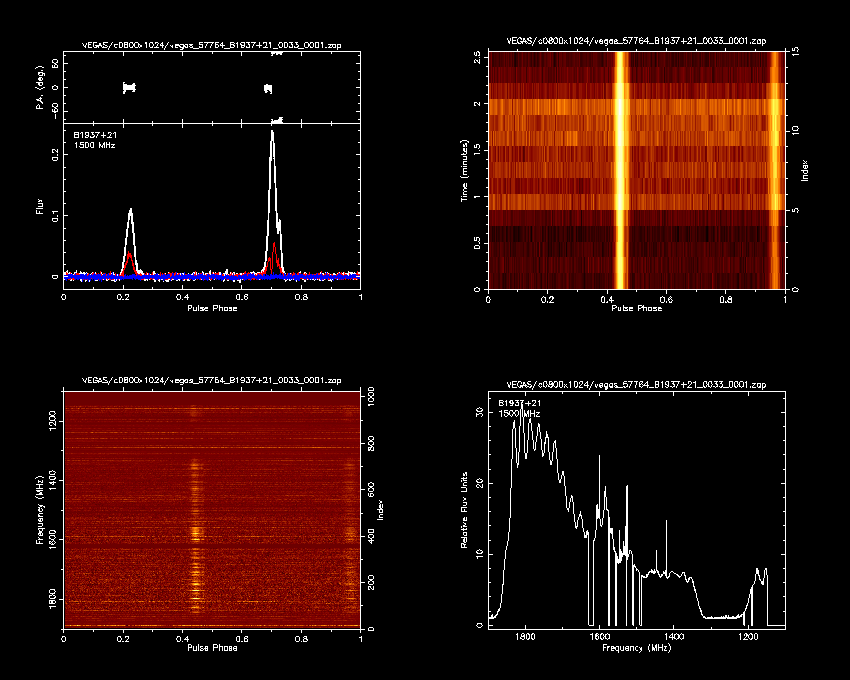 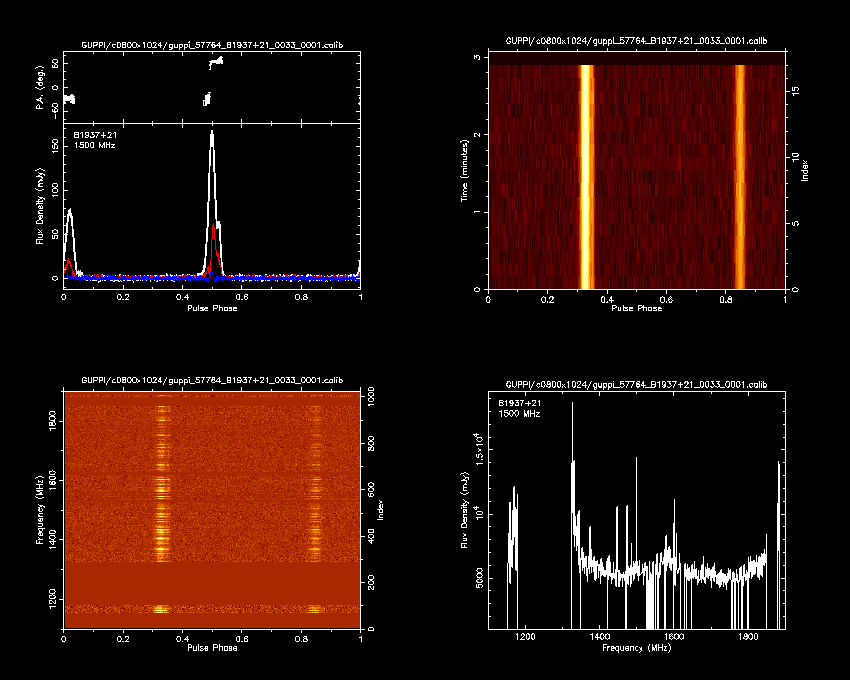 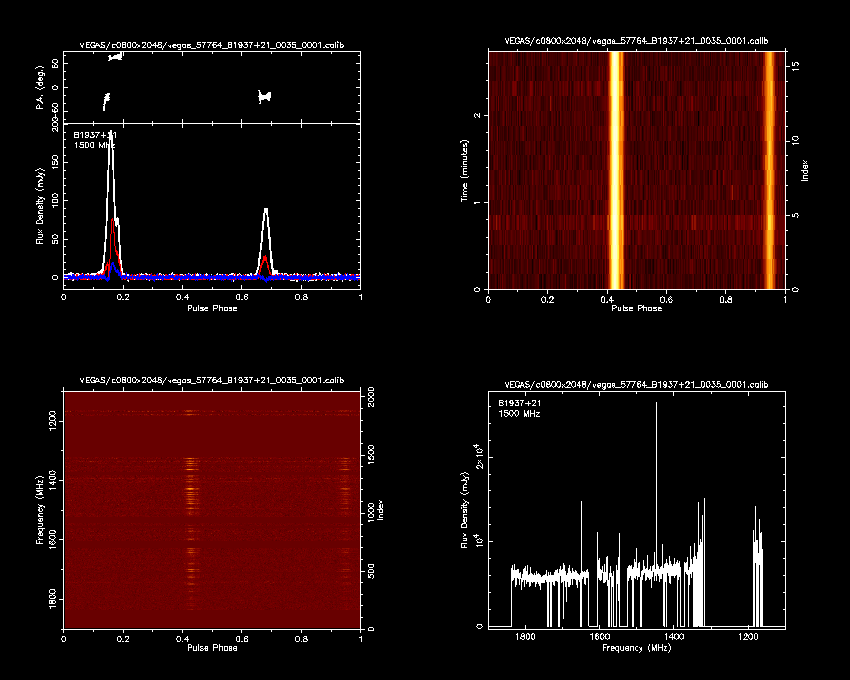 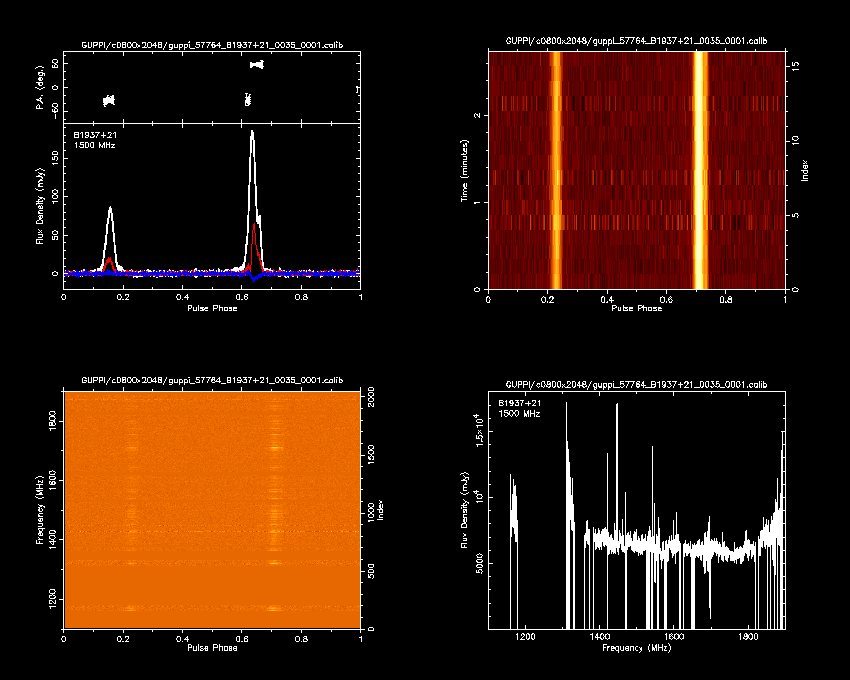 Variations beyond the formal statistical uncertainties exist but Ryan considers these to be in sufficient agreement for the level of uncertainty that most flux values are quoted at. 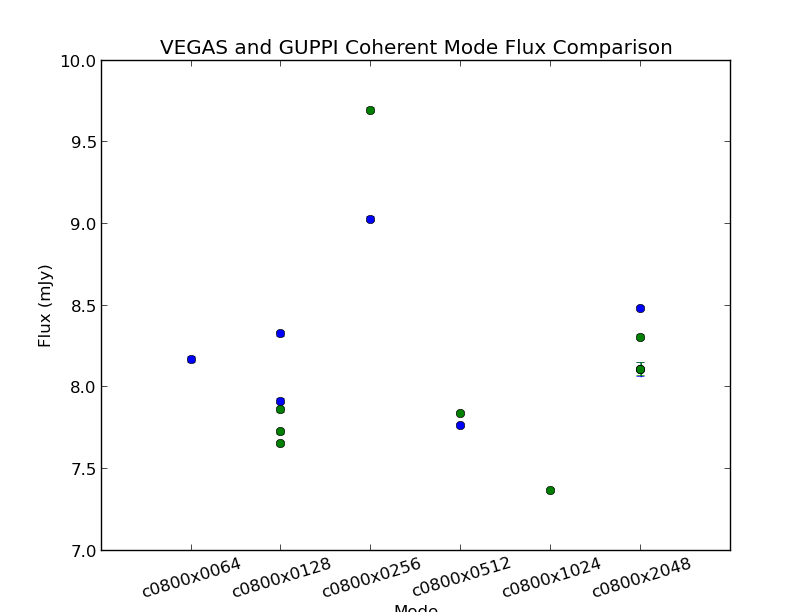 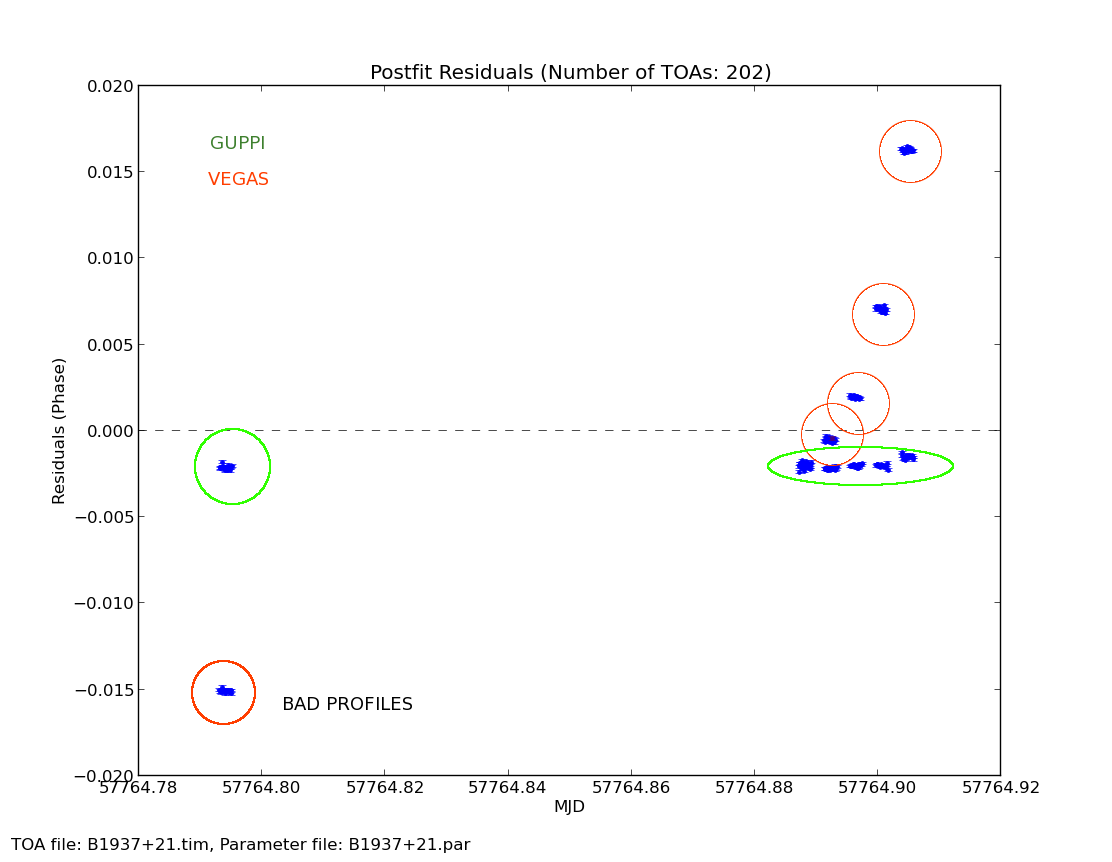 Ryan and Natalia met to discuss a path forward. The issue relates to dspsr warning that the packet index does not match what is expected given the number of packets that should be in a single raw block. Natalia will verify that the blocks are of the expected size and that the data look reasonable.

Ray merged branches and he and Ryan did regression tests in spectral line modes 1, 2, 4, 10, and 22. We also configured and took data with the RAMPS KFPA configuration and tested switching between BTL and spectral line observing modes. Astronomical data looked OK in a spot check and there were no other major issues obviously tied to the release. Detailed notes can be found here. Ray plans to formally release next week.

Joe believes Ray will start on this on Monday.

All hardware is complete except for the top plate that has connections for input signals (1 PPS, 10 MHz, IF). Jason expects this to be complete within 1 week. The set up will then need to be moved to the equipment room.

Ryan did not get to this.

Joe needed to do a rebase before proceeding with this but the rebase did not go well. Joe fixed the rebase but was pulled away for maintenance and has not finished the review. So far it seems like the existing code is a basic import of GUPPI routines, which may need to be modified. Tests still need to be done.

Justin checked this in, Joe rebased it and checked it back in, and we now have an up-to-date version in git.