It has been observed that VEGAS measured Tsys values and line intensities can vary by ~ 10% between Banks, even when they are configured to look at the same signal. This should not be the case.

The initial evidence for the problem came from spectral line measurements of RRL lines. Both the system temperatures and the line intensities were observed to vary by peak-to-peak ~ 10 percent between identically configured bands. In an attempt to isolate the problem, we tried connecting the noise source to both polatizatiions of banks E,F,G and H. We then recorded input power snapblocks (adcpwr1,2) and output snapblocks (filtersnap). We changed the noise source gain by 1db, and divided the results from one scan by the results from the next scan. Here is the result: 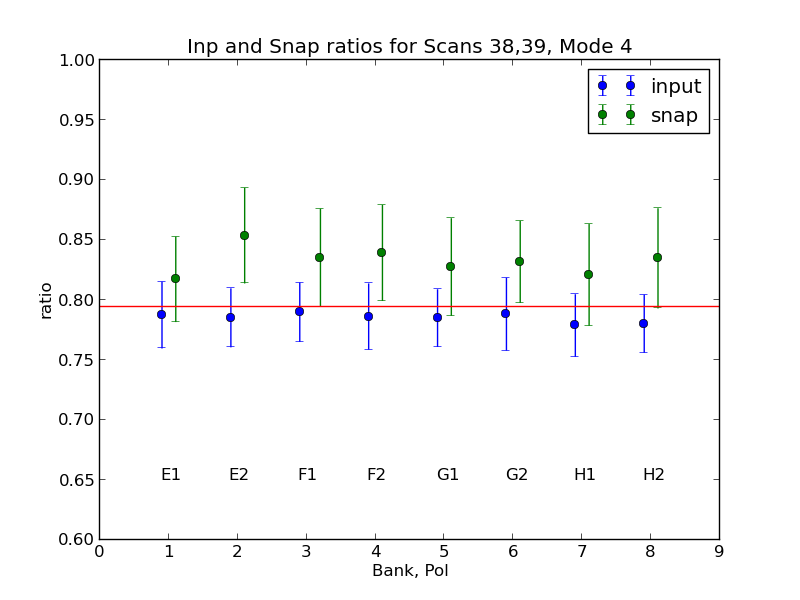 Experimental results we are putting to one side for now.

I plotted the variance of all of the measured adcpwr snapblocks (as a function of "normality" probability, but that is not relevant here). The results seemed to "clump" into two range of values.

Earlier attempts to diagnose this: