The ALMA Cycle1 deadline has passed. 1161 proposals were received from astronomers around the world. The Cycle 1 review panel meetings are scheduled for October 1-5, 2012. PIs can expect to hear results of the Cycle 1 reviews in November of this year. Cycle 1 science observing is scheduled to begin on January 1, 2013 and will span 10 months.

ALMA Construction. At the end of June there were 35 antennas at the ALMA Array Operations Site (AOS). Sixty-two of the final sixty-six antennas are in Chile; 42 have been accepted. 50 assembled Front Ends (FEs) have been delivered to Chile. During June two of the biweekly Early Science observing sessions were completed. The Cycle 0 observations and data processing are proceeding well. About half of the planned observing time is completed and nearly half of the total number of executions are done. 113 datasets belonging to 38 projects have been have been or are in the process of being delivered. Several new papers based upon ALMA data appeared during June. 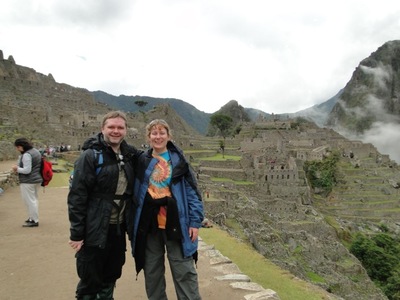 "Alison Peck joined the NAASC as a member of the User Support Group on June 4, 2012. Alison comes from a long background of interferometry of one sort or another, having earned her MS at New Mexico Tech and NRAO working with Miller Goss on ATCA data, and then spending 2 years as a predoctoral fellow at the AOC studying red-shifted HI in absorption using global VLBI with her advisors Greg Taylor and Dave Westpfahl. Following the completion of her thesis, she moved to Bonn to continue working on VLBI projects with Karl Menten as well as undertaking some new adventures in millimeter wave interferometry and single-dish observing using IRAM telescopes. In 2001, she moved to the CfA to join the Submillimeter Array (SMA) as a postdoctoral fellow in Hilo, HI, where she found that commissioning new instruments and optimizing observing strategies provides at least as much excitement as pure research. After a few years of integrating new antennas, software and capabilities, Alison took a staff scientist position as the Scheduling Officer at the SMA, interacting with PIs to help prepare observing scripts, as well as with engineers and operators to ensure that the array was performing as expected.

For the last 5 years, Alison has been stationed at the Joint ALMA Observatory in Chile in the role of Deputy Project Scientist, working with Richard Hills on the Commissioning and Science Verification (CSV) of ALMA.Her duties included hiring and managing a Science Team for CSV in Chile and developing a CSV implementation plan that would allow the team to go from phase closure with 3 antennas to Early Science with 16 antennas in 20 months, and overseeing the observations and analysis of results for early ALMA Scheduling Block tests and Science Verification projects which would be suitable for public release. In addition, Alison has tried to maintain an active science curriculum, focusing primarily on nearby starburst galaxies and ULIRGs, as well as more distant submillimeter galaxies."

The Interstellar Medium in High Redshift Galaxies Comes of Age﻿

Registration is open at: https://science.nrao.edu/facilities/alma/naasc-workshops/HizISM/index Charlottesville, Virginia, 13-15 September 2012 NRAO Headquarters, conveniently located on the grounds of the University of Virginia. Workshop focus items will include all aspects of the study of molecular emission at high redshift. More information will be made available as the structure of this conference evolves. Brown and vanden Bout published a detection of CO emission from a galaxy at z = 2.3 using the NRAO 12m telescope in 1991. In the 21 years since this CO detection, radio emission lines have become an indispensable tool for tracing molecular gas throughout the Universe. Today molecular and atomic lines at many wavelengths provide complementary insights into the structure of the ISM in galaxies early in the history of the Universe. New observing capabilities enrich our understanding of the evolution of galaxies through galactic time, using modern instrumentation available at new and expanded facilities worldwide. The workshop will examine the current status and future directions of research using spectral lines to probe the high redshift Universe. The event will also focus on the contributions of recently retired former NRAO Director Paul vanden Bout.

ALMA, the world's most complex ground-based astronomical observatory, is opening a window into cosmic origins from previously inaccessible cold and dark parts of our universe. With its anticipated 66 antennae, ALMA will deliver astonishing imaging capabilities and sensitivity that will surpass any other telescope at millimeter and submillimeter wavelengths. Even while still under construction, the first light observations from ALMA starting in late 2011 are exciting astronomers with new views of gas and dust harboring young stars and planetary systems. We are on the threshold of an explosion of observations that will transform our knowledge and understanding of how solar systems, planets, and life all begin. In this workshop, we will explore the evolution of material in protostellar disks from formation to dissipation. A focus will be the processing of the gas and dust components, and the growth of planetesimals. We will also explore chemical changes, and radiative signatures at millimeter and submillimeter wavelengths. We will showcase results from ALMA early science projects and feature synergies with other telescopes that can help to advance this field, particularly those sited on the island of Hawaii. Specifically, this workshop will address the following questions: Finally, there will be three discussion sessions that will help connect the dots and stimulate future synergies of sciences with millimeter and submillimeter astronomy. 2013 Rocks! is committed to broadening participation by women and under-represented minorities, as we prepare for the exciting adventures ahead in the new era.

IAU Symposium 299: Exploring the Formation and Evolution of Planetary Systems

2-7 June 2013 Victoria, British Columbia, Canada URL: www.iaus299.org<http://www.iaus299.org/> Facebook: https://www.facebook.com/events/376085279113847/ Email: iaus-299@di.utoronto.ca<mailto:iaus-299@di.utoronto.ca> This is the first announcement for the 299th Symposium of the International Astronomical Union (IAU), "Exploring the Formation and Evolution of Planetary Systems", co-organized by the Dunlap Institute for Astronomy & Astrophysics and the National Research Council of Canada. The goal of this meeting is to bring together the communities studying the formation of planets in protoplanetary discs and those who study evolved exoplanet systems. The timing is chosen to highlight the first results from a number of new facilities and instruments which will impact these fields. Topics will include: - Observations of protoplanetary discs, debris discs and exoplanets - Planetesimal and planet formation - Exoplanet atmospheres and interior structure - Dynamics in planetary systems: migration, multiplicity and planet-disc interactions The meeting will be held at the Victoria Conference Centre in the heart of picturesque Victoria, British Columbia, on Canada's Pacific coast. Local attractions include whale watching, wine tours, the world-famous Butchart Gardens, and the Dominion Astrophysical Observatory. Excellent beaches, diving, camping and hiking are all within a day's drive from Victoria. Pre-Registration Registration will open on 1 September 2012, but those interested in attending the meeting are welcome to submit their names to our pre-registration list. Pre-registrants will be sent the invitation to register for the meeting directly, but places are not reserved once registration is officially opened. There will be a hard limit of 200 attendees for the symposium. To pre-register and be placed on the mailing list, just send an email indicating your interest to the conference email: iaus-299@di.utoronto.ca<mailto:iaus-299@di.utoronto.ca>. best regards, Brenda Matthews LOC Chair, on behalf of the LOC and SOC -- LyndeleVonSchill - 2012-06-06