The NRAO North American ALMA Science Center is offering a two-day interactive ALMA Data Reduction workshop at NRAO Headquarters in Charlottesville, Virginia, on February 28 and March 1, 2013. The aim of this workshop is to assist interested observers in learning how to reprocess their ALMA data, and to allow new and potential ALMA users to become familiar with the data format and the tools available. The program includes a combination of lectures and hands-on sessions aimed at introducing the key concepts in interferometry data reduction and demonstrating their application in CASA. Hands on examples will focus on real ALMA data obtained during recent Science Verification observations and emphasize key steps for ALMA Early Science data reduction. To gain the most from the workshop, interested participants may wish to work through one of the older Science Verification datasets available with an online tutorial at the ALMA Science Portal.

The registration form can be found here, and the detailed program will be available soon. We look forward to seeing you! Link to Registration page

February marks the 30th anniversary of NRAO's involvement in the Millimeter Array project, predecessor of ALMA in the United States. In 1982, the Astronomy Advisory Committee had declined to support NRAO's 25-meter millimeter wave telescope project. An NSF committee appointed to make recommendations for the future of millimeter-wavelength astronomy in the United States called for the development of an interferometer with a collecting area of 10002000 m2 capable of working at 1mm wavelength with 1′′ resolution at 115 GHz. On February 10, 1983 a group of interested radio astronomers, including representatives of NRAO, met at Bell Labs in New Jersey to consider how to move forward with this proposal. This concept became the Millimeter Array, a concept which was endorsed by the 1991 decadal committee and which eventually grew into ALMA. Design and development funding for ALMA in North America began in 1998. The ALMA Bilateral agreement was signed on February 25, 2003, making this month the tenth anniversary of that milestone for the ALMA Project. During 2012, ALMA accomplished its first year of scientific productivity, completing Early Science Cycle 0 on the first day of 2013. Much of the emerging Cycle 0 project science was featured during the 'First Year of ALMA Science' conference held in December in Puerto Varas, Chile, or at the ALMA Special Session at the AAS meeting in Long Beach. With the expiration of proprietary periods for the first datasets, those datasets have been made available in the science portal (see article), where an increasing number of science verification datasets have been available for some time. In Cycle0, data were observed and processed on a "best efforts" basis. Even so, 96% of the 112 "Highest Priority" observing projects obtained some data. Over the next two months, those Cycle 0 projects components ("Scheduling Blocks" or SB's) which have obtained at least half of the estimated number of executions will be calibrated and imaged and delivered to PI's[1]. The remaining SB's (i.e. those with less than half of the estimated number of executions) will be quickly processed and delivered in an "as is" basis. Since these data are probably insufficient to reach the requested science goals, it will be up to the PI's to determine how much effort to put into them. Nine (9) projects have SB's that fall in this category; PI's for these projects will be sent data reduction scripts and quickly processed data, but not much effort will be put into flagging the data and very little if any effort put into creating imaging products. A very successful Call for Proposals for Early Science Cycle 1 netted more than 1100 submissions, of which 197 received highest priority status. These highly ranked proposals involve 1007 of the 2835 registered ALMA users. The science program for the next observing season, "Cycle1 Early Science", was announced in November 2012 and has begun. The first set of projects were carefully selected from the Cycle1 projects that were awarded "highest priority" status to represent the complete range of capabilities that were offered in the proposal call. The remaining "highest priority" projects will be prepared in several batches (as was done for Cycle0), with the second batch prepared and approved by March 1, 2013. PI's of these projects can expect to be contacted by staff from one of the ALMA Regional Centers (ARCs) or their affiliated nodes when the "phase2" materials for their projects are ready for review and approval. The project preparation ('phase2') process will closely follow that from Cycle 0. ALMA construction was mostly completed by the close of 2012. All antennas from the North American and East Asian and most of the European antennas were also accepted. Front end cartridge production for the first four frequency bands was complete, and virtually all front ends containing them were complete. The 64 element correlator was delivered and accepted. At the time of writing, 52 of the final 66 antennas were stationed at the 16500 foot elevation AOS site, 41 of them 12m antennas and eleven 7m antennas. Much remains to be done on the commissioning front, finishing and proving operations of ALMA's many observing modes. With major equipment and software deliveries completed, commissioning of these modes will be a focus of activity in 2013. Cycle 2 words? 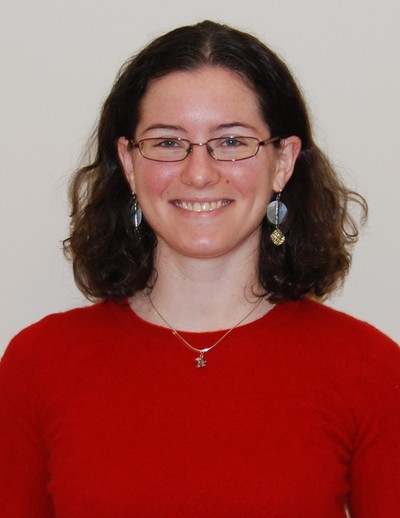 Jennifer Donovan Meyer, a new post-doc at the North American ALMA Science Center (NAASC), earned her PhD in Astronomy at Columbia University with Jacqueline van Gorkom. Her graduate thesis focused on the evolution of early-type galaxies and the role in that process played by neutral atomic hydrogen, or HI. Following her thesis work, Jen worked with Jin Koda at Stony Brook University on a survey of nearby spiral galaxies observed in CO (1-0) using combined data from the CARMA interferometer and the Nobeyama 45-meter single dish telescope. On her way to NRAO, she spent a couple of months at Columbia in order to work on a new survey of HI-selected dwarf galaxy candidates. The common thread that ties her interests together is the understanding of the gas conditions necessary for star formation to occur in and around galaxies, from the potentially rejuvenated outskirts of early-type galaxies to the booming centers of spiral galaxies to tiny blue dwarf systems.