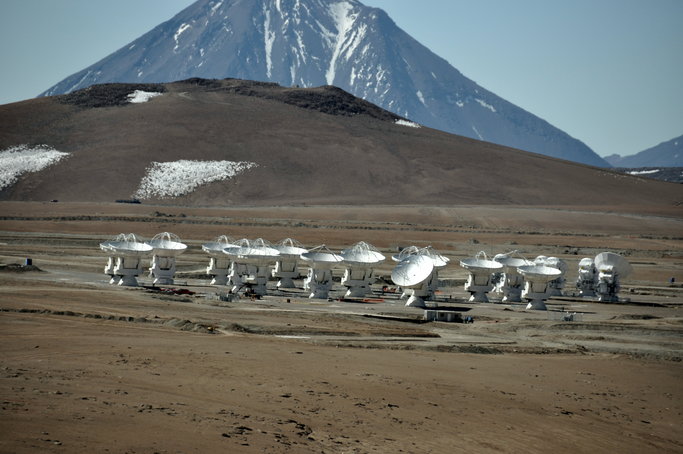 In early December the first packages of ALMA Early Science data were delivered to principal investigators in the ALMA partner regions. Observations from five blocks of Early Science observing time were complete by early December. By the end of December it is expected that electrical and fiber connections to the complement of inner array antenna stations will be complete, setting the stage for redeployment of the antennas to the extended array during the February shutdown period, when external power will be supplied to the AOS antennas, which are currently powered by inefficient local power generation. With stationing of the 16th Vertex antenna at the AOS in late November, the array at the AOS grew to 26 antennas. Six antennas are going through their Integration and Verification tests at the Operations Support Facility, being readied for transport to the AOS. During the month, construction began on the 22nd Vertex antenna. Important milestones for the project were reached with the final deliveries of assembled cartridges for two of the ALMA receiver bands. The ALMA Band 3 Receiver (3mm) team at the National Research Council's Herzberg Institute of Astrophysics in Victoria, BC, Canada assembled the seventy-third, and final, receiver. After in-house testing it will be shipped to an ALMA Front End Facility. The Band 3 project has been a ten year effort and is reaching completion on-time and on-budget. Meanwhile, in Europe, the final Band 9 (450μm) production cartridge was delivered, it completed verification on 24 November. This delivery completed the 73 item production run for Band 9. 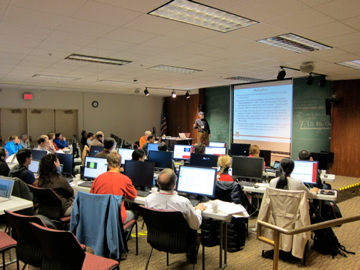